So, whether you want three or five facets, white or oak, your Ultraframe Victorian conservatory installed by South Lakes Windows Ultra Installers will look classic and elegant as well as being a highly versatile space and pleasing on the eye. 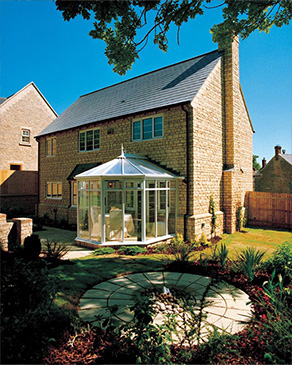 Georgian conservatory, similar to the Edwardian style of conservatory, this conservatory style is characterised by lightness and airiness, with more subtle lines than the ornate Victorian style.

Whether your conservatory is traditional or modern contemporary, this style is perfect for properties that have a restricted space under the eaves, like a bungalow, or have an area that’s awkward to accommodate a conservatory. This is because the angle of the roof on lean-to’s can vary – so a shallow pitch can will underneath a low bungalow roof while a steeper one would be ideal for a terraced house.

Lean-to conservatories are also called sunrooms or garden rooms, they bring a flavour of the Mediterranean into your home, trapping winter sunlight and converting it into heat through the glass.

The simple shape of the lean-to conservatory gives you the maximum interior space in a highly economical style. With at least one wall already built, a Lean-To will save time and labour, ultimately saving money. Because of its simplicity, and with heating, electricity and water readily available from the house, installation and maintenance costs are also lower.

You can have this conservatory style in one of two roof systems. The Elevation roof features Ultraframe click-lock technology and the ever-popular Classic system. 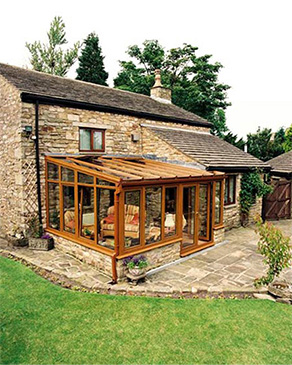 We can adapt the proportions of the main section and the rounded section to fit your available space and to ensure each zone of the conservatory meets its intended purpose. Our P-shape conservatories come in a variety of styles and the rounded part of the design can be Victorian, Edwardian or gable-ended. Your P-shape conservatory can be in uPVC, hardwood or aluminium and in a range of stunning finishes. Your conservatory can be frame and glass, extending from the ground up or built on a dwarf wall to match the existing brickwork of your property. 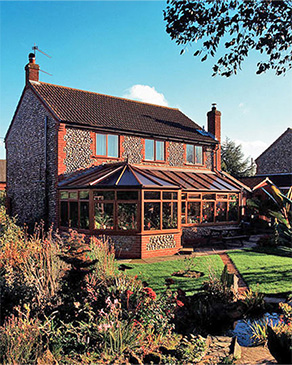 The T-Shape Conservatory – perfect for large properties featuring a long wall on which to build the conservatory. The T-shape is a combination style featuring a central projection. The style can be Victorian, Gable or Georgian.

With two sections to the style, many people choose to use the large section as a dining room or to add extra space to their lounge. The smaller section tends to be used as a garden room. If you have children, it could also be used as a play room. The small area of the “T” can be three-facet, five-facet or straight-sided. On a large property, this conservatory section can look stunning with steps leading down to the garden. 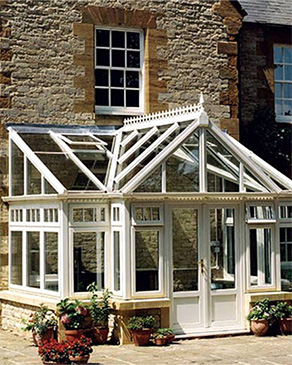 A Gable-end Conservatory adds a real sense of grandeur to any home.

Your Ultraframe gable-end conservatory can be glazed with either glass or polycarbonate, which can be optionally upgraded to a higher thicknesses. You can also include other elements of our conservatory range into your design. These options include roof glazing and various decorative and practical finishes. 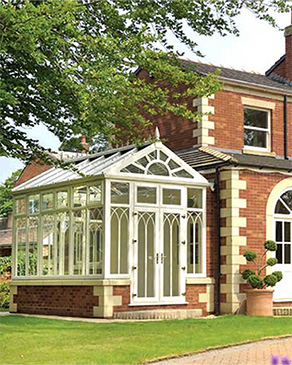 Thank you @signsexpress Lancaster for the livery ...

Happy Anniversary to us, 13 years in the making ...

Ultraroof installation on a project in Kirkby ...

Installation in The Lake District in Agate Grey

Let’s take a moment to appreciate the attention ...

Positive feedback from our customers #praise ...